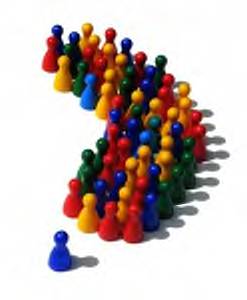 The Salt Lake Tribune posted some interesting statistics recently. Following the November approval by the Salt Lake City Council of a measure to ban bias based on sexual orientation or gender identity in housing and the workplace, two out of three Utah resident now back workplace protections for LGBT workers and hospital visitation and inheritance rights for gay and lesbian couples. In the January before the measure, support was only at 56%. In fact, since the law changed, opposition to LGBT equal rights dropped from 40% to 23%.

Further, a majority of Mormons in Utah, which led the fight with Roman Catholics against Prop 8 in California in 2008, increased their approval and acceptance of gay/lesbian civil rights in their own state in less than a year by a range of 10% to 45%.

“This isn’t a gradual change of attitudes. This is a fairly dramatic jump,” says Matthew Burbank, chairman of the University of Utah’s political science department. “Clearly, the fact that the LDS Church was officially endorsing this position had an impact on people.”

The simple truth is that many people will change their opinions because their leaders tell them to, either directly through the legislative process or by leading with their own behavioral change.

When Harry Truman integrated the armed forces in 1948, it was highly controversial. Army Chief of Staff General Omar N. Bradley tried to argue him out of issuing the executive order and stated that desegregation will come to the Army only when it becomes a fact in the rest of American society.

When Lyndon Johnson signed the Civil Rights Act in 1964, plenty of people were outraged by his actions. In fact, a long time friend and former mentor, Richard Russell said, “We will resist to the bitter end any measure or any movement which would have a tendency to bring about social equality and intermingling and amalgamation of the races in our (Southern) states.”

Guess what? The world didn’t end after either of those laws was enacted. It kept rotating around the sun and the increase of rights recognition for one community did not result in a reduction of rights for others. Instead, the forward motion of history has resulted in more liberty and justice for all.

In 1993, there were about 50 openly lesbian, gay, bisexual or transgender elected officials in the United States, according to the Victory Fund , which recruits and promotes gay candidates. Today, there are 460 with at least 36 openly gay and lesbian candidates running for office in 2010.

But that isn’t enough.

We are seeking fairness. What we want are the same social, financial, and legal benefits for which we pay for with our taxes. The same thing the Patriots fought a revolution for and the same thing that our Constitution guarantees.

What we needs are leaders. Politicians, religious leaders, military commanders, or anyone in a position of authority can make a great deal of difference by affirming equal rights to everyone, including gays, lesbians, bisexuals and transgenders.

That leader could be the president of the United States. But what if it were you?