The Forum For Equality Blog

This is a brief update on the status of our lawsuit.

The arguments yesterday were excellent, and Judge Feldman asked pointed, carefully considered questions to both sides. We could not be happier with the level of preparation both of our legal team and of the court – it is always best to have a well-prepared judge, particularly when one is confident, as we are, of one’s legal correctness.

At the end of the arguments, as expected, the court announced that…

“If I have seen further than others, it is by standing upon the shoulders of giants.” ~Isaac Newton

After the US Supreme Court decision in Windsor vs United States, the Forum For Equality Louisiana (of which I am Chair of the board) formed a Legal Committee to explore filing our own challenge to Louisiana’s refusal to recognize lawful and valid marriages performed in other states.

The Legal Committee took several months of deliberation; taking time to consider the political landscape, the best legal arguments, the chances of success. They located plaintiffs in four couples who had been harmed and were able to get one of Louisiana’s premier law firms (Stone Pigman Walther Whittmann) to take on the case.

Yesterday we went to US District Court, Eastern District of Louisiana to argue for marriage equality.

The crux of the case is as follows:

The basis of the equal protection violation claim is that Louisiana recognizes marriages legally performed elsewhere, including marriages that cannot be entered into inside the state, such as marriages between first cousins or common-law marriages. Louisiana singles out only same-sex marriages for unequal treatment, a violation of the constitutional guarantees of equal protection and due process.

The couples are also forced to break Louisiana law requiring them to file their state income tax returns based on their federal returns. Instead of piggy-backing on their joint returns filed with the federal government as all other married couples, same-sex couples must go to the extra expense of creating fictitious federal returns in order to file their state return, a violation of their First Amendment rights of free speech.

“Louisiana’s disparate treatment of same-sex and opposite-sex couples who are married outside of Louisiana demonstrates that the purpose of the Louisiana Anti-Recognition Laws is to ‘impose a disadvantage, a separate status, and so a stigma upon all who enter into same-sex marriages’ that were lawfully celebrated in other states,” according to the lawsuit.

Judge Feldman asked questions of both sides. While I was disturbed about the questions comparing state bans against same-sex marriage to bans against incest, his questions showed that he was very familiar with the Windsor decision and the 13 (now 15 as of this morning) other Federal court decisions on marriage equality. He appeared to dismiss comparisons to the Loving v Virginia case and openly wondered of the ‘evolving understanding of equality’ as it applied to same-sex couples.

The State of Louisiana’s argument seemed to focus exclusively on seven pages of Windsor that they believe uphold state rights to define marriage through the formation of consensus. Kyle Duncan argued the other 13 judges who have ruled in favor of marriage equality have misread the Supreme Court decision. While he agreed that the plaintiffs were aggrieved, he believed any changes to Louisiana state law should come from the democratic process.

We did not expect Judge Feldman to broaden the case as he did at the end of the oral arguments by bringing in another challenge (this one with plaintiffs who attempted to get a marriage license in Louisiana and were turned down) but we’ll have a chance to file supplemental briefs on July 16th to answer the outstanding issues.

We owe great thanks to the legal team at Stone Pigman Walther Wittmann – Dalton Courson, Lesli Harris, John Landis and the others who have been brilliant in their handling of the lawsuit. We also want to thank those who filed amicus briefs in support of our lawsuit – including the City of New Orleans, Donaldson Adoption Institute, Lambda Legal, National Center for Lesbian Rights, OutServe, and ACLU-Louisiana.

If you would like to support Forum for Equality’s efforts, please follow this link to invest in equality. Keep up with all the Forum news at their blog.

I was tagged by JM Redmann (author of the fabulous hard boiled mystery series featuring Mickey Knight and which take place in New Orleans) to answer several questions about my writing.

Here are my answers to the questions:

I’ve had a tough time focussing on my next project. I’m working on a science fiction story that could become a series as well as trying my hand on writing a mystery. Unfortunately, I’ve been distracted my non-author work and haven’t been able to spend the time I want writing. Darn that whole working for living thing! lol

2) How does my work differ from others of this genre?

I think I bring a certain sensibility from being a southerner and an Army brat to my writing. I love writing about different places and people and my love of food.

I write what the voices tell me to do! Seriously, though, I write what I’d like to read. Growing up, I read voraciously but was disappointed when many of the stories didn’t include the things I wanted – strong women who didn’t need being rescued by some guy, intimacy between women, plots that include comfort and passion, women in non-traditional roles and women secure in their lesbianism.

4) How does my writing process work?

My goal is to write every day although I’ve been having a difficult doing so lately. I usually write one day and spend the first part of the next editing what I’ve written and then writing some more, once I’ve got the feel and flow again.

Thanks so much, JM Redman, for tagging me. I’m looking forward to reading your next book!

And I’m looking forward to seeing some of you at the Golden Crown Literary Conference in Portland, July 9-13! 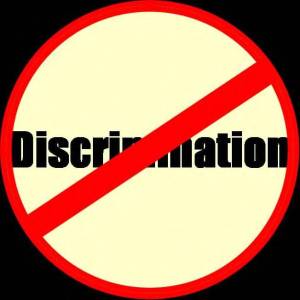 There has been quite a bit in the news lately of religious extremists opposing any and all advancements of LGBT rights as an assault on their First Amendment rights.

Religious freedom has become their battle cry. Those who refuse to provide commercial services to lesbians, gays, bisexuals and transgenders say it is a “religious liberty” issue. In February, the governor of Arizona vetoed a ‘license to discriminate’ bill. In contrast, Mississippi passed such a bill into law in April.

On the Federal level, the most recent incarnation of ENDA includes religious exemptions which are broader than similar exemptions under Title VII of the Civil Rights Act. These overly broad exemptions would allow not only churches, but also religiously affiliated institutions such as schools, hospitals, and charities to ignore the anti-discrimination order. LGBT employees of religious organizations could still lose their jobs, even jobs that do not have a religious function, because of their sexual orientation or gender identity.

Advocates argue that ENDA would have little Republican support without these overly broad religious exemptions.

President Obama announced Monday that he would sign an executive order protecting LGBT employees of federal contractors from workplace discrimination. Orrin Hatch has called for the same broad exemptions for the proposed Executive Order as are in the ENDA bill.

As someone who works at the state level to advocate for anti-discrimination legislation, I am among those worried by any acceptance or legitimizing of religious discrimination. Religious based bigotry causes a lot of harms to LGBT people. In states like Louisiana, with many hospitals which are religiously affiliated as well as any number of religiously affiliated elementary, high schools and colleges there are a large number of employees who could be at risk for discrimination based on their sexual orientation or gender identity.

That being said, passage of ENDA will offer significant protections to a great deal of LGBT people. Employment non discrimination is a goal worth fighting for and something that a majority of American’s support. For those of us living in states without any state-wide protections against LGBT discrimination, having a Federal law will be a great leap forward.

I’m, therefore, taking the position of supporting the passage of ENDA while strongly opposing the overly broad religious exemption that have been attached to it. I understand some religious exemptions will be necessary and advocate for using the exemptions outlined in Title VII.

My sincere hope is that ENDA’s passage in this year’s session won’t include a blank check for continued religious discrimination.