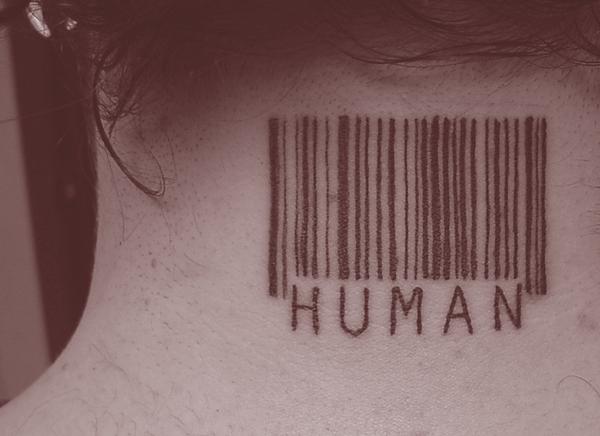 Two of HWWNBN’s* surrogates have spoken to the media about ways to implement his “extreme vetting” of some Muslim immigrants.

Kansas Secretary of State Kris Kobach first said there could be a reinstatement of a national registry of immigrants and visitors. He helped design the original program, known as the National Security Entry-Exit Registration System (NSEERS), while serving in George W. Bush’s Department of Justice after September 11.

NSEERS was abandoned in 2011 after much criticism by civil rights groups for unfairly targeting immigrants from Muslim majority nations but only after the Department of Homeland Security declared it redundant.

Seriously? A solution for anything is to bring back internment camps?

A registry is wrong. Singling out people of one religion for special scrutiny is unconstitutional and violates the 1st Amendment protections for religious liberty.

Additionally, the idea of collective guilt based on religious affiliation goes against basic legal principles. Guilt is personal and based on behavior. Surveillance and other kinds of investigations must be triggered by conduct, not religious, racial, or ethnic classifications.

Furthermore, setting apart any single group, whether it be for a crescent they must sew onto their clothes or registration in digital databases, provides a basis for the brutalization of that group.

Think I’m over exaggerating? There have been many acts of bullying and harassment across the nation since the election (149 at last count). Our leadership should be acting to reduce hate crimes, not stoking the fires that could burn us all.

Combating racism and bigotry will take action from us all. We must protest against such plans – either in the streets, working with allies like The Council on American-Islamic Relations or by contacting our elected representatives (here is a phone script with several advocacy issues).

We must intervene when we witness harassment or intimidation. Here are a couple of things you can do if you witness such attacks:

Be prepared to keep calm

In advance, think about a situation in which a person is threatened, harassed or attacked. Imagine how you would feel and what you could do to help. Think of things you can say to support the victim. Then, when you witness such a thing, concentrate on what you imagined. Don’t let fear or anger distract you.

React quickly and don’t wait until other people help. The longer you hesitate, the more difficult it becomes. You can directly intervene (say “Hey, that’s not cool. Please stop”), distract either party by beginning a new conversation (“Want to see pictures of the world’s cutest dog?”) and/or delegate to involve other bystanders (“You there in the blue jacket, please get the manager.”).

The Southern Poverty Law Center has a useful guide on Speaking-Up to Everyday Bigotry: https://www.splcenter.org/20150126/speak-responding-everyday-bigotry

Because if we stay silent, there is one thing I know for sure: we will be next.

The title is from History Repeating by the Propellorheads featuring Shirley Bassey – https://www.youtube.com/watch?v=yzLT6_TQmq8

*HWWNBN means He Who Will Not Be Named. It worked for those fighting Voldemort and it works here!

As results started to come in last night indicating that Donald Trump was on his way to becoming the next president of the United States, the Canadian immigration website crashed.

So many searches…so many, in fact, that the iconic photograph from the fall of Saigon came to mind.

I understand where those folks are coming from – the frustration at seeing that bloviating orange nightmare winning precinct after precinct churned my stomach. It was very personal and emotional to me because I live in New Orleans, an island of blue afloat in the sea of red which is the great state of Louisiana.

I have been told more times than I can count that I should just move. Some are from friends who live in more welcoming places – places where I couldn’t be fired from my job for being a lesbian or kicked out of a restaurant for public displays of affection with my girlfriend or evicted from my home because the landlord has a moral objection to someone being gender non-conforming.

Some of those who say it are just plain mean – these are the people who snarl out that I should like it or leave it.

The hell I will! Not only is this my home, they need me here.

And we need you here, too!

We need you to stay and do the work to keep this country moving forward. We need ALL of you to help make it better.

As Margaret Mead so eloquently said:

Never doubt that a small group of thoughtful, committed citizens can change the world; indeed, it is the only thing that ever has.

If not you and me, then who?

Here in Louisiana 779,535 votes went for Hillary Clinton. Those voters are my natural allies. The task I choose to accept is to join up with those hundreds of thousands of other people who are also fighting for tomorrow.

I’m a progressive, lesbian, feminist, Democrat living in New Orleans. And I am not alone.

You know that whirring noise we’ve been hearing?

It is all the dead presidents spinning in their graves. The cartoon from the New Yorker, with George Washington’s face palm nails exactly what many of us are feeling.

I mean, just consider that every single one of the still living presidents (whether Democrat or Republican) has stated that they do not support Trump.

Seriously – the very people we have elected in the past, who have served our nation, do not think he should be president.

As Hillary Clinton said in the second debate:

You know, with prior Republican nominees for president, I disagreed with them on politics, policies, principles, but I never questioned their fitness to serve.

Donald Trump is different. I said starting back in June that he was not fit to be president and commander-in-chief. And many Republicans and independents have said the same thing. What we all saw and heard on Friday was Donald talking about women, what he thinks about women, what he does to women. And he has said that the video doesn’t represent who he is.

But I think it’s clear to anyone who heard it that it represents exactly who he is.

Not just his fitness but his mendacity is a concern for me and many others. I’m genuinely surprised by those who continue to endorse him. I have real questions for those who usually speak about family values but now flat out ignore his demonstrated misogyny and immorality. In fact, many of the warriors of the fight against marriage equality are doubling down on their support of a man who has failed to honor his own marriages or those of others.

This goes beyond politics. It is intensely personal to me. And I have to wonder about those on the other side who tweet that I shouldn’t be so emotional about this election.

How can I not?

I don’t understand those who ignore Trump’s rampant misogyny. Don’t try to deflect with the sexual misconduct of Bill Clinton (there is no denying it is a long and shameful list but it is not hers) nor is it comparable to Donald Trump’s own or his weak-ass non-apology that it is locker room talk. How on earth does her record of working for women and children around the globe matters less than what Trump has committed over his lifetime of predatory behavior against women and girls?

I don’t know how anyone who is or knows or loves someone who is LGBTQ could vote for a person who signed a pledge to reverse marriage equality and has a running mate with some serious homophobia issues. Explain to me why I shouldn’t be scared when the Republican nominee surrounds himself with those who believe discrimination against me and people like me is justified by their religion and who make using the bathroom a life or death situation?

Trump began his career fighting against one of the biggest federal housing discrimination suits brought in the 1970’s and he continues to defend disproven and unconstitutional policing practices like Stop and Frisk. If you have any interest in addressing, much less healing the racial divisions that are tearing apart our country, how can you vote for him?

While Trump used to be pro-choice, he recently advocated punishing women who get abortions (and his running mate has actively tried to restrict access, de-fund Planned Parenthood and signed legislation to force women who miscarry to pay for funerals for their fetuses). I’m flummoxed by any woman who can support them and am desperate to understand your reasoning.

Will a Trump supporter tell me how your access to military grade weaponry could possibly outweigh the lives that are lost to the senseless mass shootings? Simple steps like closing gun show loopholes and improving background checks aren’t an infringement for law-abiding gun owners (of which I am one). First though, you should maybe take a moment to review the process to repeal the 2nd amendment and see just how little power (or interest) the president has to take away your guns before answering.

Please, please give me some reasons that I can share with those I love who have disabilities on why you’re helping to empower a man so fond of mocking them (and kicking them out of his rallies). While you’re at it, tell me just how patriotic it is to support a man who has denigrated veterans (as well as dismissed POW’s and insulted Gold Star families) by a man who dodged the draft?

I ask because it seems that your hatred of Hillary Clinton is more powerful than your love for me and for the country we share.

Please tell me that the vote you’re casting tomorrow is for a better future for us all and not the first of seven trumpets heralding the end of the world as we know it.