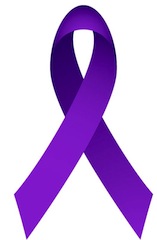 In September there were nine suicides of teenagers and youths whose sexual orientation or gender identity or expression made them targets of hate from their peers. While five have gotten worldwide coverage, even one is too many of our gay, lesbian, transgender and questioning youth to lose.

U.S. Secretary of Education Arne Duncan released the following statement : “We sadly lost several young men who took their own lives for one unacceptable reason: they were being bullied and harassed because they were openly gay or believed to be gay. These unnecessary tragedies come on the heels of at least three other young people taking their own lives because the trauma of being bullied and harassed for their actual or perceived sexual orientation was too much to bear.”

He ended with this call to action: “This is a moment where every one of us – parents, teachers, students, elected officials, and all people of conscience – needs to stand up and speak out against intolerance in all its forms.”

There is no excuse for us tolerating anyone bullying, harassing and ridiculing other people to such a level of despair that they are driven to take their own lives.

The Trevor Project has a series of Public Service Announcements called “It gets better.” Very powerful and moving from LGBT celebrities and our allies to let our youth know that they are not as isolated and alone as they might feel.

Queer youth are not just waiting on their elders to let their peers know they are not alone. The Make it Better Project is a media project of teens to reach out to other gay, lesbian, bisexual, transgender and questioning teens.

What can you do to stop this epidemic?

Reach out to every teen you know and make sure that they feel safe. Go and visit your old elementary and high school and find out what programs and procedures they have to address anti-LGBT bullying and cyber bullying.

We also need to promote safe schools. On National Coming Out Day (October 11), a coalition of LGBT organizations will submit to Congress a National Safe Schools Act. Call or write your elected representatives to make sure that they will support measures to protect all youth from becoming victims of bullies.

Also, if you have a Facebook account, Twitter, MySpace, LiveJournal, Dreamwidth, Blogger, or any other social networking / blogging site, that lets you use an icon, profile picture or user picture, on October 20th,Purple Your Profile